This Tech Tip is From the Full Book, HOW TO USE AND UPGRADE TO GM GEN III LS-SERIES POWERTRAIN CONTROL SYSTEMS. For a comprehensive guide on this entire subject you can visit this link:

LEARN MORE ABOUT THIS BOOK HERE 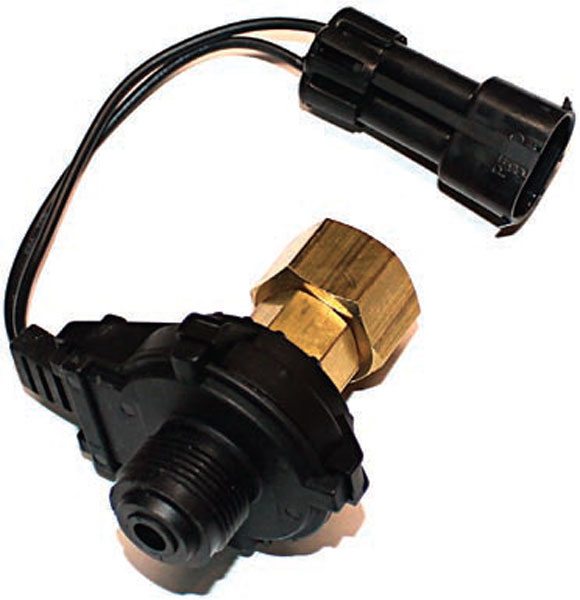 It is wise to consult a professional transmission builder for actual fitment details. With the wide variety of engines, transmissions, flexplates, and torque converters, a mismatch of components can easily be avoided with help from someone with experience. 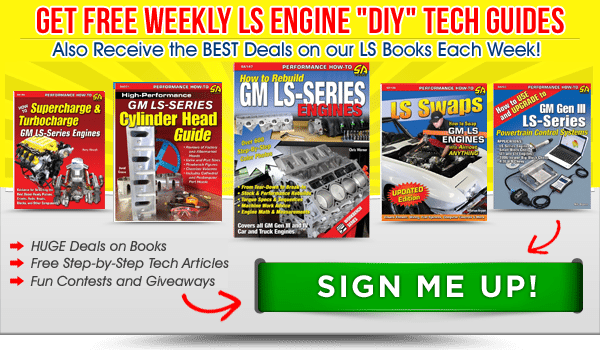 The 1995 4L60-E transmission is not compatible with the Gen III PCM. In 1995, General Motors added a TCC PWM solenoid that was used in combination with the TCC lockup solenoid to assist in smoothly applying torque converter lockup. This update is visually noticeable in the 1995 wire harness as a brown wire that was added to connector cavity U of the 4L60-E harness connector.

The 1996-newer 4L60-E transmissions are compatible with Gen III PCMs. In fact, they are compatible with 1996-newer GM PCMs. In 1996, General Motors changed the operation of the 3-2 downshift solenoid from PWM to ON/OFF operation through a ground path provided by the PCM. The 1995 and 1996 wire harnesses are identical, using 13 cavities of the transmission harness connector.

Other compatible 4L60-E type transmissions include the 4L65-E and 4L70-E. But don’t let the 4L65-E name fool you; this transmission is electronically equivalent to the 4L60-E transmission, receiving little more than one additional planetary gear (five gears total) and several stronger internals for improved strength. The 4L70-E is used with Gen IV ECM/TCM systems and can be found in the Chevrolet Trailblazer. This transmission adds an ISS but it is electronically compatible with Gen III PCMs. Very simply, the ISS output signal is not used (or required) by Gen III PCMs.

Enthusiasts requiring a stronger, electronically controlled automatic transmission may consider the 4L80-E transmission. These were installed in many 2500-series GM trucks and can be controlled with Gen III PCMs. The 4L60-E and 4L80-E transmissions use the same harness connector, but are wired a little differently. Tuners must use either a calibration from a truck that has a 4L80-E or perform a transmission segment swap within the PCM calibration.

At the time of this writing, the aftermarket has not made a standalone controller available for the 6L80 and 6L90 transmissions. With no CAN support, the Gen III PCM cannot be used to control the T43 TCM.

The 1999–2002 PCM has been used in the Camaro and Firebird to control two T56 manual transmission functions: skip shift and reverse lockout. The PCM may also receive an input from the CPP switch. These functions are optional and most owners choose to eliminate skip shift.

The skip shift function is controlled by the PCM through a solenoid mounted on the transmission. During certain operating conditions, the PCM requires the driver to shift from first to fourth gear, preventing the driver from shifting into second or third gear. Skip shift settings can be changed within the PCM’s calibration.

C.A.T.S OBD-II tuner software presents settings for the reverse lockout feature used with T56 manual transmission calibrations. This feature assists the driver by making it difficult to enter reverse gear while the vehicle is in motion.

Corvettes and GM trucks use a 12V CPP signal; Camaro and Firebirds use a ground CPP signal. The type of CPP signal is set within the PCM calibration, but requires an advanced tuner to make the change.

When loaded with a manual transmission calibration, the PCM expects a signal from a CPP switch. GM trucks and Corvette are set to receive a 12V signal (normally closed). The Camaro and Firebird are set to receive a ground signal (normally closed) to indicate clutch pedal status. This circuit is not used to prohibit the engine from starting; it is used for cruise control function and engine control during shift transitions.

Written by Mike Noonan and Posted with Permission of CarTechBooks

GET A DEAL ON THIS BOOK!

If you liked this article you will LOVE the full book. Click the button below and we will send you an exclusive deal on this book.